As dusk enveloped another muggy New England Saturday, five fully vaccinated wizards converged for cards, drinks, and – most importantly – for the first time in 15 months, a proper, capital-G Gathering.   I was mostly there for the latter, but knowing that two ornithological enthusiasts were among the attendees, this seemed like a prime opportunity to pop my Ante 40k cherry.

I had planned to do this three weeks from now at The Burrowing, where even more Ante enthusiasts would be in attendance. However, with a graded Beta Contract from Below sitting on my desk for 6 months in anticipation of my first Ante match, freedom couldn’t come soon enough for the best card ever printed. 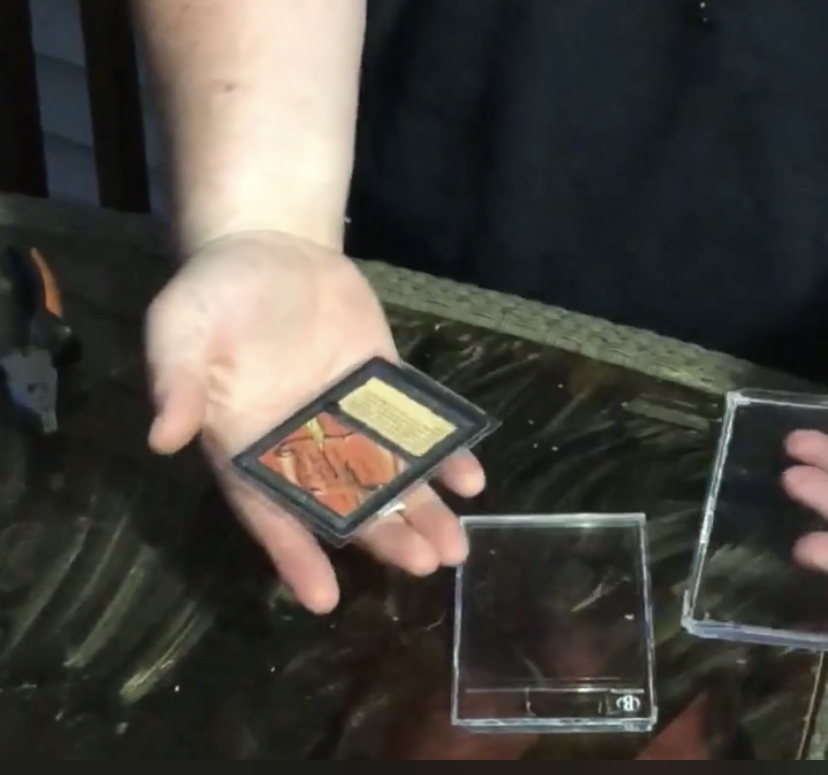 And so, after tools were procured and plastic destroyed, Scott Bradley and I sat down to play Magic As Garfield Intended.

Scott won the roll and kept 7, where I mulled to a hand of 6 that included a Library, Jeweled Bird, Sol Ring.  After our good birds saved protected his Ernham Djinn and my Scrubland, Scott cast Armageddon to rid me of my active Library.

Sol Ring allowed me to cast a Su-Chi a few turns later, and we spent the better part of the mid game trading creatures and removal 1-for-1.  Scott Armageddoned again, but I had another quick Su-Chi that got a few hits in before he was able to deal with it. My Jalum Tome allowed me to find an Animate Dead to grab Scott’s Serra Angel with him at 9. 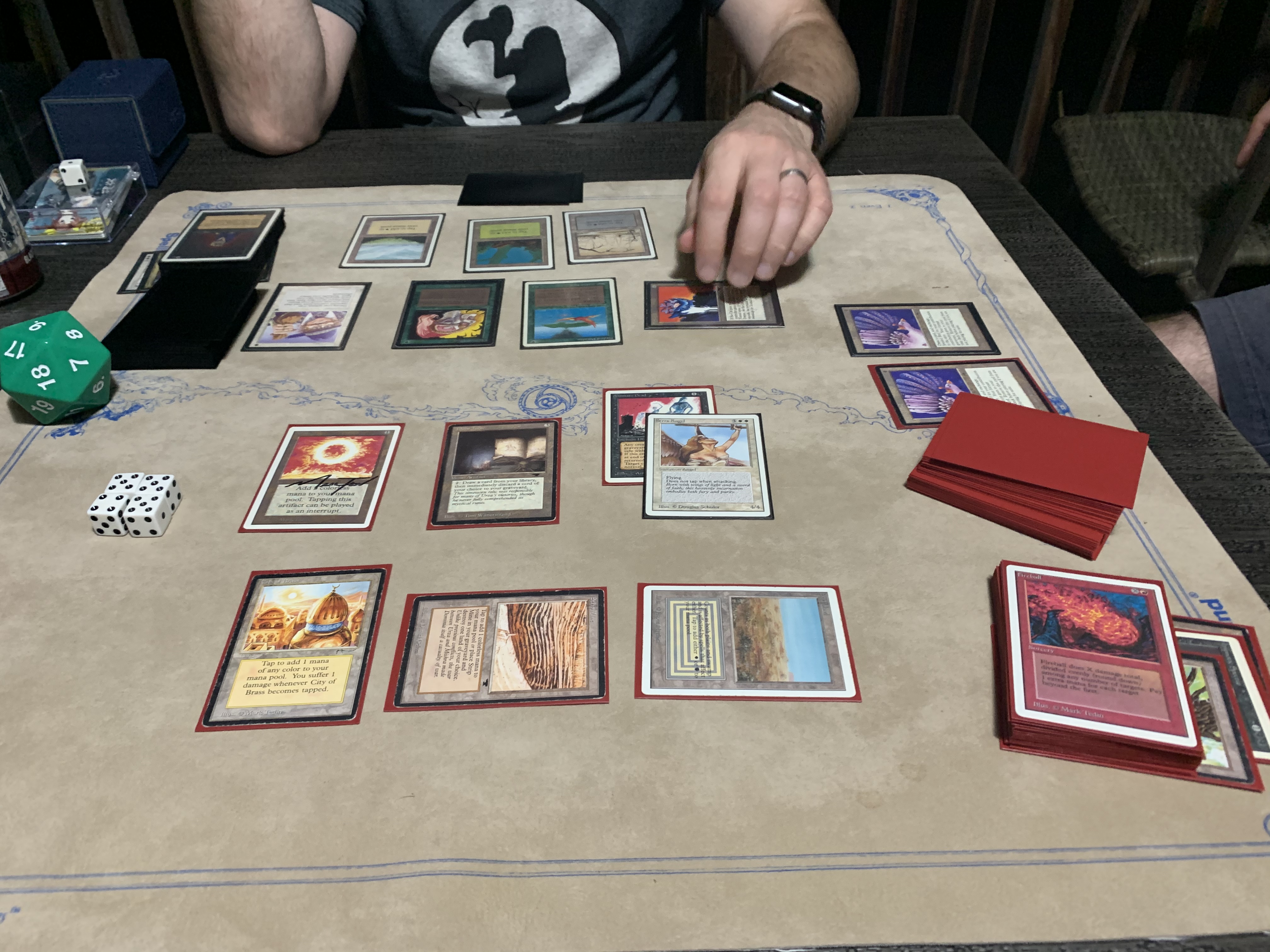 A few attack steps later and I had my first Bird, a sweet little chickadee named Helga. And not only that, but Scott also had a single Ante 40k pin left from the shipment Reindeer sent a while back, and I was elated to add that to my Magic bag.

Looking forward to sitting across from all of you sooner rather than later.